Our Board of Directors

Donald L. Evans was appointed as the 34th Secretary of the Commerce by President George W. Bush in 2001, where he served until 2005. He was a strong advocate for the free-enterprise system, free and fair trade agreements, and responsible corporate stewardship. To encourage job creation, Evans worked closely with President Bush to reduce taxes, open markets for American goods and services, and promote a level playing field abroad. A trusted friend and advisor for more than three decades, Evans worked on President Bush’s successful Texas gubernatorial campaigns in 1994 and 1998 and served as chairman of the 2000 Bush-Cheney Presidential Campaign.

Born in Houston, Texas, in 1946, Evans attended the University of Texas at Austin, receiving a B.S. degree in mechanical engineering in 1969 and an M.B.A. in 1973. During school breaks, he worked in a Texas steel mill. In 1975, Evans moved to Midland, Texas from Houston and began his career as a “roughneck” working on oil rigs for Tom Brown, Inc., a large independent energy company. Ten years later, he took the helm of the company as CEO, continuing in that position until being tapped by the President to lead the Commerce Department. He also served as the Chairman of Energy Future Holdings Company, formerly TXU Energy, from 2007-2018, and currently he serves as Chairman of The Permian Strategic Partnership.

Currently, Evans serves as the Chairman of the Board of Visitors at MD Anderson and Chairman of the George W. Bush Foundation. Also, he is a senior partner at Quintana Capital Group and senior advisor at Energy Capital Partners.  Evans has remained active in his hometown community of Midland, Texas and serves on the Midland Memorial Hospital Board of Governors. His passions in life are his faith, family, and friends.  His wife, Susie, of over 50 years passed away April 19, 2021. They have two daughters, one son, and five grandchildren.

Mr. Hrap most recently served as President, Lower 48 at ConocoPhillips, a position he held from 2009 – 2018. While at ConocoPhillips Mr. Hrap also served as president of the Lower 48 and Latin America, and prior to that, senior vice president of Western Canada Gas with the company. He joined ConocoPhillips in 2006 through the merger with Burlington Resources, serving as senior vice president of operations for Burlington Canada. Earlier, he was vice president for the North American Division at Gulf Canada Resources, where he worked for 17 years. Mr. Hrap is a former chairman and currently serves as a member of the API Upstream Committee and is an At-Large Director for the Independent Petroleum Association of America (IPAA). He also is a member of the executive committee of the U.S. Oil and Gas Association. Mr. Hrap graduated from the University of Manitoba with a Bachelor of Science in Mechanical Engineering in 1982. In 1995, he graduated from the University of Calgary with a Master in Business Administration.

Mr. Pitts graduated from Texas A&M University in 1973 with Bachelor’s Degree in Geophysics and he was in the Naval Aviation Reserves until 1974.  His first job in the industry after graduating was with Gulf Oil in Houston, Harmarville, Pennsylvania and Midland, Texas. After Gulf Oil, he joined Texas Oil and Gas for three years as Division Geophysicist in Dallas and then moved to Midland. Subsequently, he became Exploration Manager at Union Texas Petroleum Midland and then moved to Houston as Vice President E&P/Operations for Neste Oy. The first 22 years of his career were primarily exploration-oriented with exposure to multiple basins within North America. After joining Henry Petroleum in 1995, he was the Vice President of Business Development and worked primarily in new ventures, acquisitions and exploration projects. He joined EOG Resources in February 2008 as Vice President and General Manager of the Midland Division and retired from EOG May 2014.  After retiring from EOG, he joined Quantum Energy Partners in 2015 as a Senior Geosciences Advisor. His primary role was to evaluate geologic plays and assist in implementation of current technology and new investment opportunities for existing/new portfolio companies. Mr. Pitts worked directly with ExL, a Quantum portfolio company, from 2018 to 2019 in the role of  Geosciences Advisor before joining Tall City Exploration’s board.

David S. Habachy is based in Houston, joined Warburg Pincus in 2017 and is a member of the firms Energy team. Previously, he was a Managing Director and a member of the Investment Committee of the Kayne Anderson Energy Funds. Additionally, while at Kayne Anderson, Mr. Habachy served on numerous boards of oil and gas upstream E&P and midstream companies in the U.S. and Canada from 2008 to 2017. Prior to entering into Private Equity in 2008, he spent 10 years in asset management, operations and consulting in the upstream E&P business, starting his Petroleum Engineering career at Arco/Vastar in 1998. He is a Director of Ridge Runner Resources, LLC; Stronghold Energy II Holdings, LLC; and Tall City Exploration III LLC. Mr. Habachy holds a B.S. in chemical engineering and an MBA degree with George Kozmetsky highest honors distinction from The University of Texas at Austin.

Mr. Oestmann has over 37 years of experience in all aspects of the oil and gas business, with a particular focus on company start-ups, exploration, asset management and development. Mr. Oestmann has experience in numerous geologic basins with primary focus in the Permian Basin and has a consistent record of increasing production in existing fields, exploration success and company development and sale. Mr. Oestmann began his career with Exxon Co. USA in 1982 after graduating from Rice University with a bachelor’s degree in geology with a geophysics option. He worked 15 years with Exxon, 7 years with Titan/Pure Resources/Unocal, 2 years with Celero/Whiting, and 1 year with Lothian Oil in various exploration, development and senior management positions. In 2007 he co-founded Piedra Resources with private equity partners. Piedra sold its assets in 2011 for over $120 million. Mr. Oestmann began Tall City Exploration in May of 2012 with a $200 Million equity commitment from Denham Capital. Tall City completed the sale of its assets in 2015 for a total of $1.2B. He is a 35 year member of the AAPG and SEG, member of the PBGS (having served as President) WTGS and SPE. He is a certified geologist with the Texas Board of Professional Geoscientists and the DPA of the AAPG, and serves as an elder at Westway Church of Christ. He and Cathy, his wife of 34 years, live in Midland, Texas.

Prior to joining Tall City, Mr. Marziani spent five years as an investment banker and Principal with Greenhill & Co., a boutique M&A advisory firm. He helped to found Greenhill’s Houston office and advised on a number corporate energy M&A transactions, most notably: the $4.8 billion Devon Energy/Crosstex midstream combination in 2013, Linn Energy’s $4.9 billion acquisition of Berry Petroleum in 2013, Superior Energy Services’ $3.2 billion acquisition of Complete Production Services in 2011 and BJ Services Company’s $7.6 billion merger with Baker Hughes in 2009. Prior to his time at Greenhill, Mr. Marziani was a Vice President with Merrill Lynch and spent over five years in the Global Energy & Power investment banking team in Houston. While at Merrill Lynch, he was a member of transaction teams that completed over $6.5 billion in energy-focused M&A advisory transactions and over $13.5 billion in capital markets underwriting transactions. Prior to joining Merrill Lynch, he worked in a variety of petroleum and reservoir engineering roles for BP in Houston. Mike holds a B.S. in Mechanical Engineering from Rice University and received an M.B.A. with high honors from the McCombs School of Business at the University of Texas at Austin. 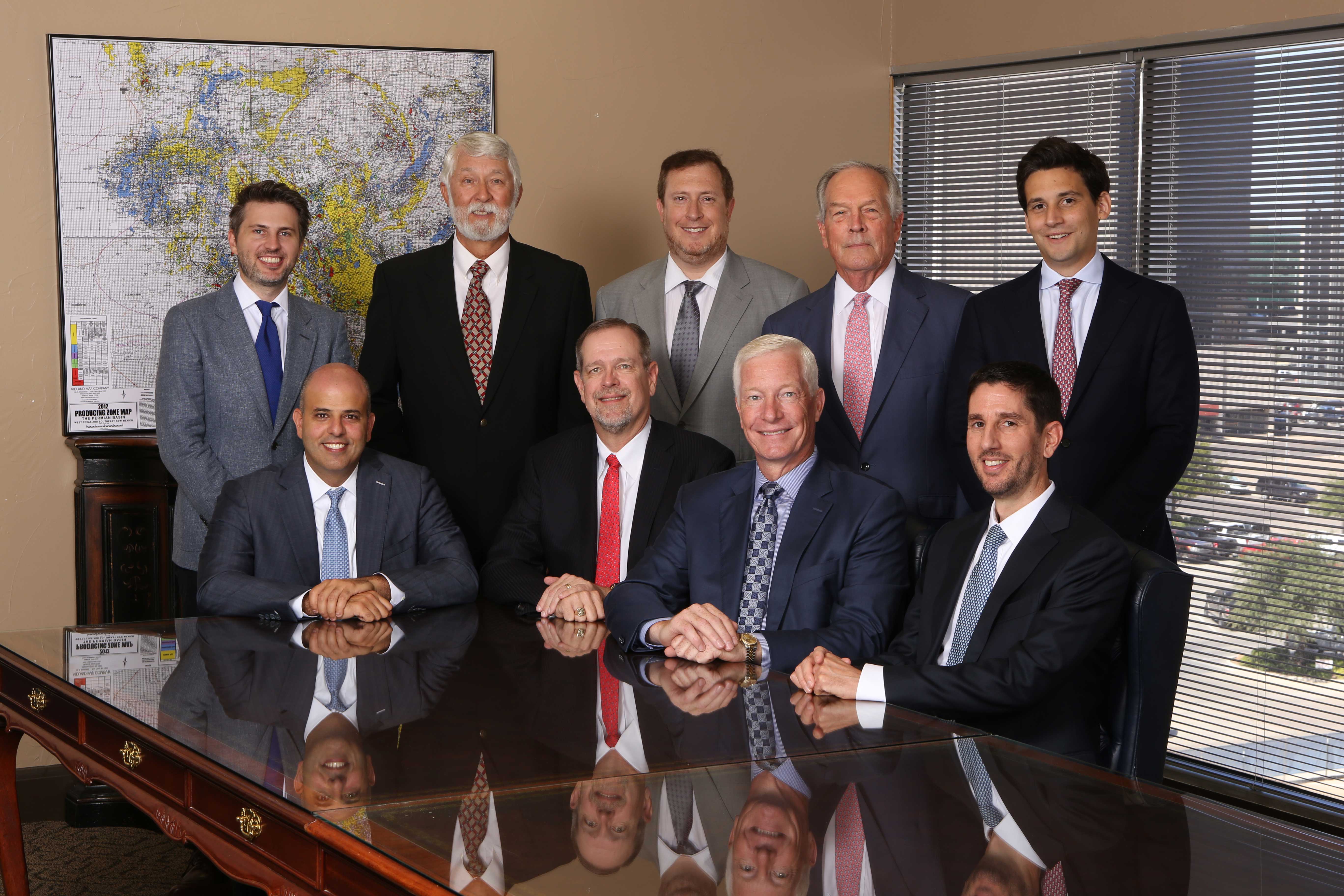